Thank you!
back
Let’s discuss your project!
write us a message
Our representative contacts you within 24 hours
We collect all the necessary requirements from you
We suggest a few design concepts to choose from
The team of analysts and developers prepare estimation
We keep confidentiality with all of our clients by singing NDA
Download
@
Thank you!
We will be sending you
our lastest news and cases.
main page
Get our subscribe now!
and receive fresh insights
all news
07 Mar 2022

The Importance of Supporting Ukraine From Other Countries

Ukrainians will never forget the morning of February 24. Some of us woke up to the sound of sirens, others to the sound of bombs, and many to the news of a full-scale Russian war reported from the TVs and phone calls.

As a matter of fact, Russia’s war against Ukraine began eight years ago, but only on that unfortunate morning of February, it went full-scale.

At the time of writing this article, Ukraine is on its 12th day of resistance against Russia. The Russian army has been committing numerous war crimes: shelling and bombarding civilian buildings, hospitals, and schools, shooting families and children, firing at humanitarian corridors.

An unprovoked war by Russia is a crime in and of itself. But even throughout this bloody war, Russians break all war rules. Enemy forces believe they have the freedom to do literally anything cruel and immoral.

So under such circumstances, Ukraine needs help not only from Ukrainian citizens, who are actively volunteering and donating, but also from the international community. The entire world can make a real difference in this war and help overcome the evil forces of Russia. Here are some ways:

Donate for Humanitarian Aid and the Army

The National Bank of Ukraine has created two accounts that accept multiple currencies from abroad. These accounts are dedicated to allocating money for the army and humanitarian help to those who suffer from war consequences.

Another fund you can donate to is called Come Back Alive NGO. This organization was established in 2014 when the Russian war against Ukraine started. At the moment, they are working 24/7 to provide the Ukrainian army with the needed protective gear, arms, and equipment.

The organization highlights the importance of cryptocurrency donations since they enable a faster purchase of goods from abroad. Their wallets:

Another fund you can donate to is the one created by Serhiy Prytula – a Ukrainian TV presenter, volunteer, and social activist. His fund is dedicated to helping the Ukrainian army. 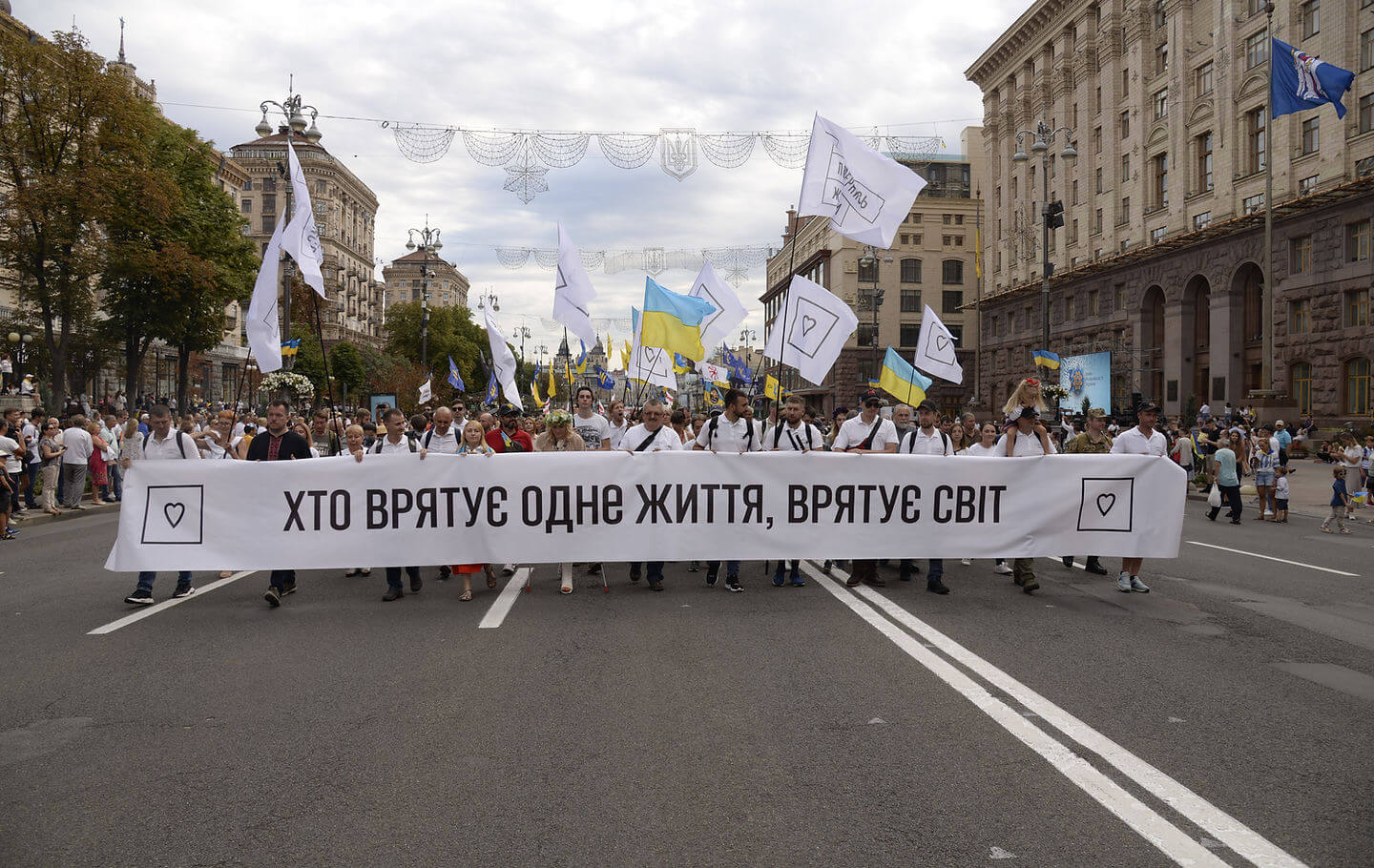 Translation of inscription: “Those who save one life, save the world”

Transport Products in Shortage to Ukraine

It is common for goods to be scarce during the war, especially those pertaining to the military. Bulletproof vests, for example, are hard to find in Ukraine. And even before the beginning of a full-scale war, bullets have disappeared from gun stores as people purchased all of them in preparation to fight back the Russian army.

Use your Voice to Demand Help From Your Governments

Ukraine is very grateful to all the countries and organisations who helped Ukraine with donations, humanitarian help, military aid, and sanctions against Russia. Despite the massive support of Ukraine and the isolation of Russia, the Russian army still bombs and shells our cities. Russia has not been isolated enough.

As a result, there is still a need for the help of other countries. Take part in peaceful protests in your city and demand more military and humanitarian assistance for Ukraine. Ask your authorities to create a pool of evidence for the Hague International Court of Justice. Tell your government to stop collaborating and trading with Russia and implement an embargo on oil and gas from there. Ask to implement more sanctions. 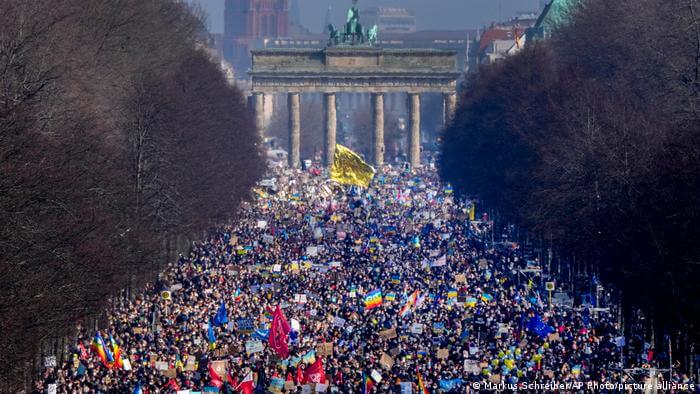 Source: Berlin stands up against Putin at huge anti-war rally

Supporting the Russian economy means supporting the war against Ukraine right now since that money is used to buy bullets and bombs that kill our citizens. Please, do not deal and collaborate with Russian businesses. Their taxes are the funding of the Russian army.

Also, please, encourage other companies and enterprises, including the global ones, to cease operations in Russia. It is crucial to isolate Russian society from all products and services to push them to overthrow Putin’s regime. If not for all the Ukrainian lives lost in this war, then at least for their own comfort.

We know: our European, American, and Asian partners allocate money to support our economy. We see: many global brands and celebrities donate money for humanitarian help. One of the most important steps you can also take is to continue collaborating with your Ukrainian partners.

Ukraine’s businesses continue to operate with increased security and better risk mitigation measures. Not all of Ukraine is currently a battleground. Continue the work you do with Ukrainian companies, and we will not let the Russian army spread further because we will remain strong!

Russian disinformation, bots, troll farms, and fake news are some of the weapons they use in this war. When discussing Ukraine, make sure to cite relevant and reliable sources. Everyone must know the truth about every Russian army action and war crimes so that there is no misunderstanding of what Russia really turned into. Here are the reliable sources you can use:

It is important that you use the correct wording when speaking about Ukraine and Russian war against Ukraine.

Unfortunately, it is extremely unsafe for civilian people to stay in some regions of Ukraine. Due to continuous, never-stopping shelling and bombing, they are forced to relocate to either other cities of Ukraine or abroad.

You can help Ukrainian refugees in your country by providing them assistance with a place to live, a job, food, etc.

This is an unprecedented time in the history of Ukraine, as well as the whole World. But Ukrainians remain strong, united, and determined to resist.

SapientPro is a small IT company from the small city of Chernivtsi, which is in the west of Ukraine. At the moment, we have only experienced several air raid sirens and a large number of refugees. Therefore, our company as a whole and each employee personally actively volunteer and make regular donations.

We also ensure our operations are continuing without a hitch. Our development teams are all working as was agreed upon.

We are really thankful to our clients who not only continue to work with us despite the war but also support Ukraine in every way they can.